Julius Caesar famously said, “Experience is the best teacher.” Yet no organization wants to learn by experience when it comes to cloud security breaches. Instead, it’s better to learn from the examples of other organizations that have endured their own cloud data breach incidents.

Over the past few years, there has been no shortage of high-profile examples to study.

With that in mind, let’s take a closer look at five of the highest-profile cloud breaches in history. Then, we’ll review some steps that can help prevent such scenarios from unfolding, including the implementation of an advanced breach and attack simulation platform that offers unique protection for hybrid environments.

A List to Avoid: Some of the Worst Cloud Security Breaches of All Time

You’ve likely noticed a pattern at this point: One simple mistake (in most of these cases, an AWS configuration error) can lead to devastating consequences. Fortunately, by taking a closer look at common hybrid cloud security threats (and by practicing smart hybrid cloud hygiene), organizations can limit their chances of having to learn this hard lesson by experience.

Common Threats in Hybrid Cloud Environments: What to Look For

So how does an enterprise avoid joining next year’s list of infamous breaches? By focusing on some of the most pressing hybrid IT threats. Here’s a list of the most common reasons organizations fall short at maintaining cloud security.

Now that we’ve covered some of the most critical threats, let’s take a closer look at why a breach and attack simulation for hybrid cloud environments is the best current option for mitigating these risks. 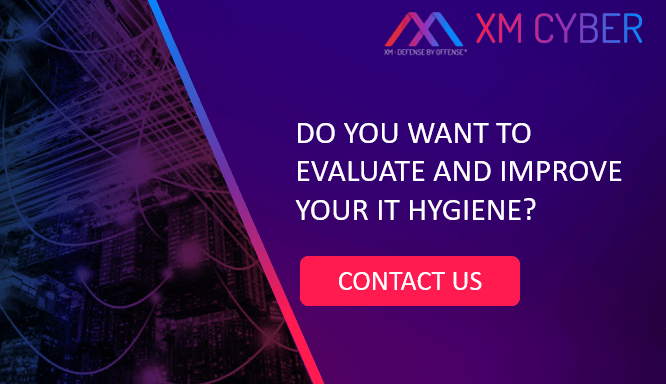 As mentioned above, a reactive posture is a significant disadvantage for defenders, who must contend with the ever-growing complexity of the cloud, the specific challenges inherent to hybrid environments and the skill and malicious intent of APTs.

Breach and attack simulations allow defenders to take the initiative and adopt the mindset of the attacker. These platforms launch simulated attacks in a controlled environment in a manner that is akin to automated red teaming. Yet unlike red team testing, which is manual and episodic, these simulations are both automated and continuous, which means they can provide organizations with a clear picture of their overall security on a 24/7, 365 basis.

XM Cyber has introduced the world’s first breach and attack simulation platform designed for hybrid cloud environments. XM Cyber’s platform can simulate attacks on AWS, identifying vulnerabilities and helping to ensure that critical assets remain protected. As seen in the examples of breaches above, hackers often capitalize on misconfigurations and faulty security practices. The reason why is simple: Humans are prone to mistakes, and always will be.

Recognizing this fact, one thing is clear: The only way to achieve robust protection in a landscape where mistakes are inevitable is continuous testing. Without the kind of automated and continuous protection offered by the XM Cyber platform, defenders are forced into a reactive position — and have much more limited visibility into vulnerabilities in hybrid environments.

Breach and attack simulations are the best tool for maintaining continuous visibility into organizational vulnerabilities — and XM Cyber has the market’s first and only breach and attack platform for hybrid environments. Defenders seeking to even the playing field should seize the initiative by deploying an advanced breach and attack solution — something that will lower the odds of learning a tough first-hand lesson about hybrid security.