Why Attack Surface Management is Essential for Cybersecurity 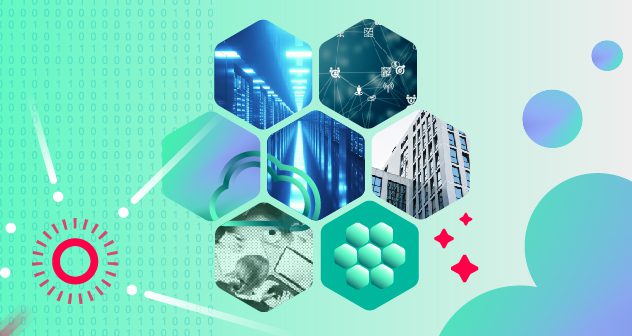 If you want to defend yourself, you need to know everywhere that you’re vulnerable. Then, you need to start eliminating those weaknesses.

That’s the idea behind the attack surface, a fundamental cybersecurity concept that helps explain defenders’ challenges when trying to protect assets from cyber attackers. The attack surface is the sum of all the different places where an adversary can try to penetrate a system and steal data.

In many cases, that’s a lot of territory to protect.

An attack surface may mean a vast chain of interconnected IT assets that attackers can choose to target. This includes managed assets that are publicly available, unknown assets that can be exploited, shadow IT, loT devices, cloud assets, third-party assets (typically vendors who provide organizations with services) and much more.

Why the Attack Surface Has Expanded

Attack surfaces have been rapidly expanding in recent years, thanks in part to cloud computing and the increased popularity of remote work. This has given attackers a target-rich environment in which to operate.

This state of affairs has given organizations an urgent mandate to do a better job of attack surface management (or ASM). This means implementing continuous discovery, inventory, classification, prioritization, and monitoring of an organization’s attack surface.

One of the best ways to achieve strong ASM cybersecurity is by adopting some core security frameworks that help reduce the creation of new misconfigurations/vulnerabilities. Another key step is the elimination of the paths that can be used to attack security environments.

Let’s take a closer look at what that entails.

Frameworks for Managing the Attack Surface

Limiting the attack surface begins with sound cybersecurity protocols. Some of the most effective approaches for this include the following:

Another key approach for cyber asset attack surface management is through the elimination of attack paths.

By detecting and identifying the key points where adversaries can stage successful attacks (attack surface monitoring), it becomes possible to quickly close vulnerabilities and minimize the risk of a serious breach and loss of critical assets.

It’s important to note that attack path management is an ongoing process. Environments must be continuously monitored for new vulnerabilities. In today’s complex cloud and hybrid environments, the pace of change means that fresh vulnerabilities are always going to be a concern.

For example, red team exercises or manual penetration tests can identify security gaps at a specific point in time, but offer no insight during the long periods between tests.

Additionally, classifying and monitoring an ever-growing attack surface is not easy — most organizations report that they make no effort to do so. Some monitor just a small part of their attack surface, and a disturbingly large number of organizations have Internet-connected devices within their networks of which they are not even aware.

For optimal security, continuous monitoring is needed — the kind that comes with an automated attack path management tool such as XM Cyber.

XM Cyber technology helps organizations see through the eyes of attackers and stop attacks before they can be executed. It uncovers hidden attack paths across cloud and on-prem networks and then eliminates them at key junctures.

This technology enables asset discovery and identification of all vulnerabilities by providing a comprehensive view across the entire hybrid network. Critical attack paths are illuminated, then analytics are applied to identify which attack paths pose the greatest level of risk to critical assets.

By adopting this technology, it’s possible to see all the obscured connections between misconfigurations, vulnerabilities and overly permissive identities that jeopardize business-critical assets. Guided remediation allows users not only to discover and understand threats, but to prioritize their elimination in a way that minimizes risk to the most important assets within their organizations.

With attack surfaces continuing to grow at a dizzying rate — and cyber attackers continually becoming more sophisticated — it has never been more critical to make an effort to reduce your vulnerability.

Adopting smart external attack path management practices and tools is the single most impactful step an organization can take to reducing their attack surface and lowering their odds of being victimized.